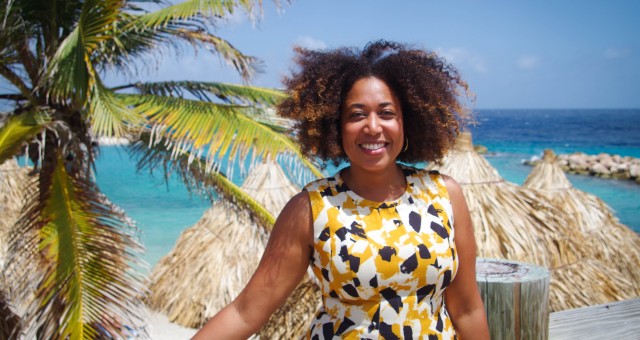 One year ago, Evita Sanches didn’t feel happy at all. At the time she worked for a Spanish company in Morocco and unfortunately the project she was working on ended earlier than expected. Although she thought she left the Netherlands for good and sold all her belongings, Evita had to go back to the Netherlands. The future was one big question mark and she didn’t know where to go: stay in Holland, move to Curaçao where her mother lives or go back to Surinam where her roots are buried.

Evita decided to stay in the Netherlands to think her options through. After a little while Evita found a new job in the Netherlands and everything seemed to go well. However, after a couple of months her employer didn’t prolong her contract and from that moment on Evita started to feel more and more unhappy with her life in the Netherlands. To make things worse she couldn’t get an unemployment benefit and therefore couldn’t pay her rent anymore. Another factor which made her unhappy was the dutch wintertime, Evita got so used to the subtropical climate that she couldn’t stand the cold anymore. The lack of sunlight wasn’t beneficial to Evita’s health and well being either. In January of this year Evita decided to make a change: it was time for some sun.

Curaçao as a therapy

Evita bought a ticket to visit her mom in Curaçao. At first she would only stay for three weeks. The sound of the sea, the sunlight on her skin and the feeling of the sand on her feet had a
therapeutic effect on Evita. After a while Evita started to feel better and became her true self again and didn’t want to leave the island anymore.

During the interview I asked Evita about her dreams for the future. To this question she replied that she dreams of becoming an entrepreneur and having her own business within the next two years. What she actually craves for is freedom, being self supportive and only doing things that make her feel happy and inspired. In a way Evita is already living her dream. Recently she started Passionistas: a platform for talented creative entrepreneurs. With Passionistas Evita organises fairs where creative entrepreneurs can sell their arts and crafts. The unique aspect of Passionistas is that through the fairs and activities creative entrepreneurs are brought together and can inspire each other. 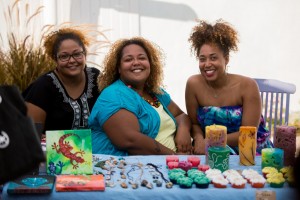 Evita with two participants at the Passionistas fair 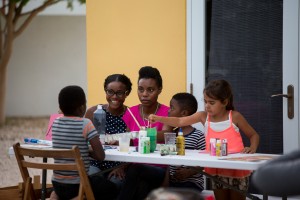 Kids are having fun too 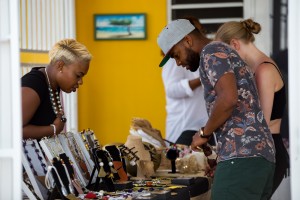 Looking for some handmade jewelry

The mirror reflects your happiness

When we asked Evita about her symbol of happiness she replied with some deep words:

“The mirror symbolizes happiness to me. When you look in the mirror, you look at yourself. To me, happiness starts within yourself. The world around you can only make you happy when you’re already happy from the inside. A mistake many people make is to look for someone or something else to make them happy. To be happy, you should try to make yourself happy at first. All the happiness that you’ll receive from the world around you is just extra.”

Right now Evita feels happier than ever before. Things that make her happy are mostly small things like spending time with friends and family and enjoying time at the beach and all the other beautiful spots in Curaçao.

Curious about her whole story? Then follow The Definition of Happiness on facebook and be the first to know when the documentary is ready.